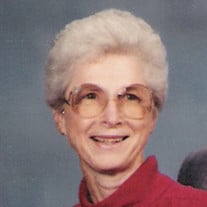 The author of I Corinthians reminds the faithful that “…now these three remain, faith, hope and love. But the greatest of these is love”. Anne Ruth Adkisson Walraven possessed these virtues in abundance. Losing her parents at a relatively young age might forebode disillusionment in some minds. Anne found strength in the love of her family members who provided a nurturing home for her and her steadfast faith in her creator provided an unquenchable love for God and all for whom she would care. Anne Ruth Adkisson was born in Plainville GA on October 14, 1928. She attended high school in Atlanta and was smitten by a certain senior that she enjoyed watching excel in all efforts sports related but would not really know him personally until he came back home after World War II. Their marriage was a 69 ½ year love story because they absolutely complemented each other. Bill’s job was to do the heavy lifting and bring home the bacon. Anne worked outside the home as a civil service employee but that was never intended to be a career so much as a means to an end. That end would include all the “extras” that two growing girls would need. Girls needed braces, nice outfits for school and every art class that the Museum of Arts and Sciences offered. Anne was possessed of a tremendous work ethic, so any task, be it at work or at home, received her most diligent attention. Her family joked about her ability to catch a pinecone before it hit the ground! The work she loved best, though, was not work for money, but her mission to share the love of her God with anyone within her sphere of influence. She and Bill were a team sharing with young married couples the lessons they had learned from their study of God’s word and their life experiences. In later years, they would bring leadership to The Parkway Hospital Volunteers and loved caring for newborn and preemie patients. As their lives transitioned in new surroundings at Wesley Woods, she, once again, found a kindred spirit in Ethel Bruner . Together, they formed a friendship group, “The Cool Old Ladies”. Membership had certain qualifications that were closely held (probably to keep out the young’uns). It was quite a coincidence that Ethel happened to predecease her dear friend by only a few days. This quiet and genteel lady was full of surprises. She could go from silently observing an event with hands neatly folded, into a boisterous cheerleader if there was a child or grandchild involved. It is evident that Anne’s life was dynamic. She served her God, revered her family, savored the mantle of responsibility, championed educational causes, and cherished all her friendships as though they were diamonds. In addition to her beloved Bill, Anne was preceded in death by her parents Julia Myrt House Adkisson and Edward Crayton Adkisson. She was also predeceased by her sister Elizabeth Cloud and her Adkisson brothers Edward, Julian, John and Thomas. She adored her role as mother to her daughters Judy Walraven Miller (and husband Gary) and Susan Walraven. She was the appropriately doting grandmother to grandsons Doug Hall (and Rob) and Donald Hall. Her great grandchildren are Camryn and Andrew Hall. When she moved in with relatives following her parents’ death, her nephews Edwin and George Cloud became more like brothers than nephews. As one might expect, there is an endless list of nieces, nephews and various and assorted "adopted" folks. It is a well-worn cliché that some people leave a hole in others’ lives when they pass on to heaven. It will not be used here, for her friends and family are much too busy celebrating the glorious life and love of this precious gift of God. To God be the glory, for great things He has done! Because current events limit public gatherings, Anne's family will have a private gathering to memorialize her life during the inurnment at The Georgia National Cemetery in Canton GA. Those who wish to honor the life of this dear woman of God might do so by following her life example by random acts of kindness. During her final days she was embraced in the loving care of Homestead Hospice as they ministered not only to Anne, but also her family as Anne winged her way to a life more loving than is possible in this life on earth. It would be difficult to express the gratitude of Anne's family for the compassionate care by the staff of Wesley Woods during the 12 wonderful years they cared for and loved their mother. It is suggested that a gift to the Wesley Woods Foundation would be so appropriate and appreciated. Online condolences may be expressed at www.mckoon.com. McKoon Funeral Home 770-253-4580.

The author of I Corinthians reminds the faithful that &#8220;&#8230;now these three remain, faith, hope and love. But the greatest of these is love&#8221;. Anne Ruth Adkisson Walraven possessed these virtues in abundance. Losing her parents... View Obituary & Service Information

The family of Anne Ruth Adkisson Walraven created this Life Tributes page to make it easy to share your memories.

The author of I Corinthians reminds the faithful that “…now these...

Send flowers to the Walraven family.