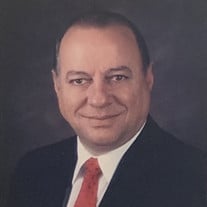 Bobby Wayne Welch, 83, passed away in Newnan, Georgia on July 24, 2021. He was born November 27, 1937, the son of John Albert and Eula Pearl Penton Welch of Autauga County, Alabama. He graduated from Coosa County High School in Rockford, Alabama in 1956 and graduated from Jacksonville State College (now University) with a B.S. in Education and from Auburn University with a Master's degree. He graduated from Georgia State University with a Six Year degree in Educational Leadership. He and his wife Geraldine Smith Welch of Alexander City, Alabama, moved to Newnan in 1962 and he began teaching 6th grade at Elm Street School. In 1964 he moved to teach at the old Newnan Junior High School. He quickly moved through the ranks, becoming the principal of Arnco-Sargent Elementary School, Western School and then Elm Street Elementary School. In the early 1970s, he took the position of personnel director for Coweta County School System. He served as Assistant Superintendent, Associate Superintendent and then served as Superintendent for six years, retiring in 1994. After his first retirement he worked for the Georgia Youth Science and Technology Consortium to establish science centers in school systems across Georgia. He also served as the interim executive director of the Newnan-Coweta Chamber of Commerce after his second retirement since he was always a community servant at heart. In 1998 Mr. Welch became the Executive Director of the Rutledge Center in Newnan on Hospital Road. He served for 20 years, retiring in 2018 at age 80. He served on various local boards and held many positions of leadership in community groups over the years. He was a member and officer of the Newnan Civitan Club, the Optimist Club and the White Oak Golden K Kiwanis Club and First United Methodist Church of Newnan. He was the president and board member NCARC/Rutledge and president of the Newnan-Coweta County Chamber of Commerce. He was chosen Outstanding Young Man of the Year by the Newnan Jaycees in 1972 and Coweta County Citizen of the Year by the Newnan-Coweta County Chamber of Commerce in 2007. He volunteered at his granddaughters' schools by making his famous homemade biscuits for students even as the granddaughters entered high school. He was so very pleased to be honored in 2006 with the opening of Bobby Welch Elementary School where he volunteered for many years. One of the things he was the proudest of was the work that he did with the desegregation of the Coweta County Schools in the early 1970s. He directed the process and worked tirelessly to accomplish a smooth transition for the students, teachers and entire community for two years. In his "spare time" he loved to travel and take his children and later his grandchildren on trips. He and his wife traveled to all forty-eight contiguous states, four continents and most of the European countries often multiple times and with various grandchildren. Mr. Welch is preceded in death by his son, Jonathan R. Welch, sister Patricia Wingard, brother-in-law Olin Wingard, brother Carl Welch and sister-in-law Dixie Welch. Surviving are his wife, Geraldine Smith Welch of Newnan, daughter Jennifer Welch Egas (Oswaldo) of Orange Beach, Alabama, granddaughters, Hannah Polasek (Adam) of Dahlonega, Katherine Schneider (Chris) of Anderson, South Carolina, Caroline Harkleroad of Newport Beach, California, Amelia Harkleroad of Atlanta, grandson Andrew Welch of Atlanta, two step-grandsons, David Egas of Atlanta and Sam Egas of Athens, Georgia. He is survived by two great-grandchildren, William Blaine Schneider and Lainey Grace Polasek. In addition, he is survived by his older brother, Charles K. Welch (Judy) of Prattville, Alabama, brother-in-law, Robert O. Smith of Alexander City, Alabama, and many nieces, nephews and cousins who will miss him greatly. The memorial service is 11 a.m. Monday, July 26, 2021, at The Donald W. Nixon Centre for the Performing and Visual Arts, 1523 Lower Fayetteville Rd, Newnan, GA 30265 with Dr. Joel Richardson. The family will greet friends following the memorial service. The family expresses their gratitude for the care provided by Sacred Journey Hospice and Brookdale Senior Living. The care these organizations provided over the eighteen month illness from pancreatic cancer was exceptional. We will be forever grateful. Condolences may be expressed online at www.mckoon.com In lieu of flowers, the family requests donations to Mr. Welch's favorite charities or the charity of one's choice. • St. Jude's Children's Research Center, 501 St. Jude's Place, Memphis, Tennessee 38105. • The Rutledge Center, 61 Hospital Road, Newnan, Georgia 30263. McKoon Funeral Home & Crematory (770) 253-4580

The family of Bobby Wayne Welch created this Life Tributes page to make it easy to share your memories.

Bobby Wayne Welch, 83, passed away in Newnan, Georgia on July...

Send flowers to the Welch family.