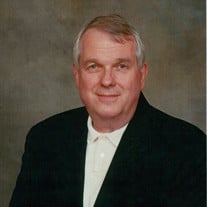 Charles Reid Bowen, age 74, passed away peacefully on February 25, 2022 at Piedmont Newnan Hospital. He was born December 20, 1947, in Tifton, Georgia to Dr. Samuel Reid Bowen and Mrs. Cornelia Phillips Bowen of Tifton formerly of Soperton. He attended Tift County High School, Abraham Baldwin Agricultural College, in which he then transferred to the University of Georgia, where he received a Bachelor's in Business Administration in June of 1971. In 1977, he met a woman in Albany, Georgia who swept him off his feet by the name of Betty MacDonald, and in March of 1978 they got married. Charles made his life working as a banker. He worked at Citizens and Southern, NationsBank, Farmers and Merchants Bank, Bank of America, and IMPACT Mortgage. He also attended many churches in his life, most recently Summit Church in Newnan, where he volunteered being the greeter at the door with the khaki shorts on. Charles found himself to be a man of many talents, from being an expert at baking some of the best cheesecakes you ever had, to being a computer whiz. But Charles loved being a family man more than anything. He was the best husband, father, grandfather, and great- grandfather anyone could ever ask for. Charles is survived by his wife, Betty Bowen; Daughters Heather (Scott) Haskin and Jacqueline (TJ) Bruss; Grandchildren Alex Elliott, Jordan (Jonathan) Brannon, Dalton Elliott, Isabelle, Joseph, Levi, and Patrick Haskin; Reagan, Brooks, Kennedy and Matthew Bruss; and Great- Grandchildren Brooklyn and Blake Brannon; Sister Beverly Moore of Fitzgerald, Georgia; Nephew Brent Merritt; and Niece Jodi Merritt. He is preceded in death by his parents and daughter, Lesley MacDonald. The visitation will be March 3, 2022, at 4:00 pm with the service following at 6:00 pm. Condolences may be expressed online at www.mckoon.com. McKoon Funeral Home & Crematory (770) 253-4580

The family of Charles Reid Bowen created this Life Tributes page to make it easy to share your memories.

Send flowers to the Bowen family.