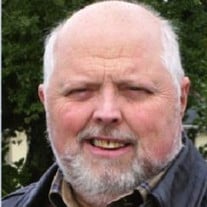 Charles Stenius Stone, lawman, author, bon vivant, fan of single malt Scotch, gunsmith, crack shot, teller of stories both tall and true, loving husband, father, grandfather and eternal optimist, died on May 10, 2022. He loved his family, his country, and every dog that he ever met. Charles was born on November 24, 1951, at Aberdeen Proving Ground in Aberdeen, Maryland. After the death of his father, the family moved to Monroe Georgia, where he grew up and graduated from high school. He graduated from then West Georgia College and received his Master of Public Administration from the University of Georgia. He spent his working life in law enforcement with the Georgia Bureau of Investigation, served in many capacities during his career, including hostage negotiator, counter-terrorism, Organized Crime, and Political Corruption. He attended the FBI National Academy in Quantico, Virginia, as well as many other schools. He worked many complex cases, until his health issues (end stage renal failure) forced him to retire from the Georgia Bureau of Investigation as an Assistant Special Agent in Charge. His last case was the Atlanta Olympic Park bombing, in which he was instrumental in organizing the successful apprehension of Eric Rudolph, the Olympic Bomber, an adventure he chronicled in "Hunting Eric Rudolph," a book co-authored with Henry Schuster. Charles had many friends - including both people he served with and arrested. There are far too many people to mention who were his law enforcement family, but it is with unlimited gratitude that his former GBI colleague, Mary Anne Jenkins, gave him the life-saving gift of a kidney in 2012 - a gift that allowed him 10 extra years of life and the opportunity to meet and know his two beloved grandsons. He is pre-deceased by his father, Colonel Leo Kalervo Stone; mother, Helen Greene Stone; and sister Sulane Stone Perry. He is survived by his wife, Rhonda D. McClendon; son, Parks Stone (Mallory); grandsons, Parks and Everett Stone; brother in law, Colonel Myles Perry (Sulane) sister, Sonyanna Stone Hudson (Larry); nephews, Parham Perry (Katharina); Roland Perry (Pat); Mylane Perry Wigley (Jay); and Cody Lamont Daniell (Dessie). He is also survived by a number of great nieces and nephews, all of whom he adored. We shall miss him greatly. The visitation is Sunday, May 15, 2022, from 6 PM until 8 PM at McKoon Funeral Home, 38 Jackson Street, in Newnan and the memorial service is Monday, May 16, 2022 at 11:00 AM at St. Paul's Episcopal Church, in Newnan with The Rev. Harry Barrow and The Rev. Hazel Glover officiating. In lieu of flowers, the family requests donations be made in his honor to the American Diabetes Association or to the American Heart Association. Condolences may be expressed to the family online at www.mckoon.com. McKoon Funeral Home & Crematory 770-253-4580

The family of Charles Stenius Stone created this Life Tributes page to make it easy to share your memories.

Send flowers to the Stone family.