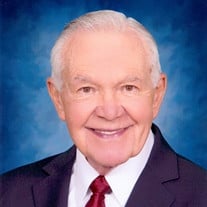 Charles (Chuck) William Rooney, Jr. of Newnan, Georgia passed away peacefully at the age of 81 on November 22, 2020. He was born to Charles William Rooney, Sr. and Hedwig Eva Filipek Rooney on September 21, 1939 in Pittsburgh, Pennsylvania. Chuck was preceded in death by his parents and his brother, Thomas F. Rooney. He is survived by his loving wife of 39 years, Ellen Coffey Rooney, and daughters Joan Rooney Armande and Jill Rooney Ziegler (Scott) of Lake Oswego, Oregon, and Martha Villanueva Milam (Ken) of Newnan, Georgia. He is also survived by grandchildren, Sydney Ziegler, Mackenzie Milam, Joshua Milam, and Cooper Milam. He is also survived by his sisters Charlotte Ann Ladouceur (Ed) of Colorado Springs, Colorado, and Mary Jane Hartz (Bill) of Glenshaw, Pennsylvania. After graduation from Duquesne University, Chuck served in the U.S. Army for six years including deployment to Korea. Chuck started his career with Equifax in Pittsburgh then was transferred to the Atlanta headquarters. Later, he worked many years as a gifted fundraising executive for non-profit organizations including the American Cancer Society, CARE, American Red Cross, and United Way of Atlanta. He retired as Executive Director of the Metropolitan Atlanta Crime Commission. Chuck was a renowned public speaker, serving as Georgia’s District Governor for Toastmasters International and then elected to the Board of Directors. He was a long-time member of the Veterans of Foreign Wars and, after moving to Newnan, became active in VFW Post 2667. In 1981, he married the love of his life, Ellen, and they lived in Decatur, Georgia until 2014. His church volunteer service through the years included a myriad of roles. After serving as the president of his Sunday School class, he and Ellen worked in the nursery and food pantry. Chuck drove the church bus and operated the sound board for Sunday services. Upon moving from Decatur, they joined First Baptist Church of Newnan, where Chuck became an usher, greeting everyone with a warm welcome and a big smile. Chuck was always eager to help people. For his three daughters, he repaired their car troubles, built shelves, made home repairs, and offered thoughtful career advice. For neighbors, he was constantly lending a helping hand. He mowed lawns for those in need, dislodged a passerby’s car from the snow, and supported young people starting their careers. Chuck found creative ways to serve elderly people and bring joy to their lives. Having played accordion, violin, and trumpet over his lifetime, he appreciated good music and quality instruments. He maintained a manicured yard and well-polished shoes. Chuck loved children, and he was known as “GrandChuck” by his grandchildren. For several years, he played the role of Santa Claus for the neighborhood kids. At church, he handed out bags of candy to the children. He and Ellen visited their four grandchildren frequently, and they experienced fun adventures involving checkers, ping-pong, SpongeBob SquarePants, trains, arcade games, motorized Jeeps, lemonade stands, and field trips. In the summers, Chuck and Ellen hosted Rooney Camp for all the grandchildren. GrandChuck gave endearing nicknames to everyone, and he made people feel special and loved. Charles Rooney introduced himself as “Chuck” to people of all ages, and he put everyone at ease with his kind voice and laughter. He was a loving husband, father, brother, son, and grandfather who will be remembered for his affectionate, joyful, and caring nature. The memorial service, to be officiated by Dr. Jimmy Patterson, will be at 1:00 pm on Saturday, December 5, 2020, at First Baptist Church of Newnan, 15 W. Washington Street. To comply with CDC safety guidelines, masks and social distancing are requested. The family will greet guests upon leaving the service. Interment will be in Decatur Cemetery. Memorial contributions may be made to the Georgia Baptist Children's Homes and Family Ministries at www.georgiachildren.org. Condolences may be expressed online at www.mckoon.com. McKoon Funeral Home & Crematory 770-253-4580

Charles (Chuck) William Rooney, Jr. of Newnan, Georgia passed away peacefully at the age of 81 on November 22, 2020. He was born to Charles William Rooney, Sr. and Hedwig Eva Filipek Rooney on September 21, 1939 in Pittsburgh, Pennsylvania.... View Obituary & Service Information

The family of Charles "Chuck" William Rooney, Jr. created this Life Tributes page to make it easy to share your memories.