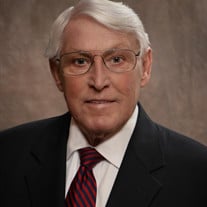 D. Terry Daviston 1941-2021 "Blessed is the man who endures trials, because when he passes the test, he will receive the crown of life that He has promised to those who love Him." (John 1:12) A popular saying of the day addresses the theory... View Obituary & Service Information

The family of D. Terry Daviston created this Life Tributes page to make it easy to share your memories.

Send flowers to the Daviston family.