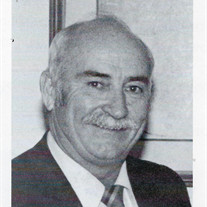 Mr. Danforth “Dan” F. Pritchett, 87, of Newnan was called home to be with the Lord on Tuesday, February 2, 2021. He was born January 6, 1934 to the late Dewey Pritchett & Vannie Yeates Pritchett. In addition to his parents, he was preceded in death by his wife of 52 years, Shirley Cole Pritchett. A native of Coweta County, Pritchett was raised in Grantville, where he was a standout athlete at Grantville High School. He won two state championships in tennis, and was a four-year letterman in both baseball and basketball. His athletic career continued at West Georgia College, playing football, baseball, tennis, and running track, before being drafted by the Brooklyn Dodgers. Though his professional playing career was cut short by injury, his avid participation in athletics extended for decades. Dan served in the Army, where his duties included playing with a traveling baseball team. After his time in the military, he earned his teaching degree from Auburn University in 1960. He then returned to Coweta County, where he spent his career teaching and coaching. Over the ensuing 30 years, Coach Pritchett was a staple on the sidelines for a variety of local high school sports. His roles included coaching baseball at Newnan High School, football at Harris County High School, and a five-year stint as the second ever head football coach at East Coweta High School from 1968-1973. In 1971, Coach Pritchett led ECHS to the school’s first state championship in any sport with the boys’ track team. He also coached the girls’ softball team to a state championship in 1981, and led the girls’ basketball team to perennial state prominence. Additionally, he built the Indians’ baseball team into a powerhouse, winning several Region Championships. Dan was honored as Region Coach of the Year six times. After his retirement, Dan was inducted into the Coweta Sports Hall of Fame. He was a passionate Auburn fan, and stayed active playing tennis well into his 80’s. In addition to his former players, Dan greatly valued his special friends in the Lunch Bunch and O.R.F’s. He is survived by daughter & son-in-law, Danette & Mark Knox of Newnan; son & daughter-in-law, Jon & Diane Pritchett of Leawood, KS; grandchildren, Jake (Shy) Pritchett of Dayton, OH, Kelli Pritchett Ingram of Covington, GA, Sara (Connor) Rund of Newnan, Hudson Pritchett of Leawood, KS; and Five Great-Grandchildren. A graveside service will be held on Sunday, February 14, 2021 at 2:00pm at Oak Hill Cemetery in Newnan. Condolences can be expressed online at www.mckoon.com Rather than flowers, the family respectfully requests memorial contributions to the Newnan/Coweta Boys and Girls Club, 72 Wesley Street, Newnan, GA 30263 or to St. Jude Children’s Research Hospital, 501 St. Jude Place, Memphis, TN 38105. McKoon Funeral Home & Crematory (770) 253-4580

The family of Danforth "Dan" Ferrie Pritchett created this Life Tributes page to make it easy to share your memories.

Send flowers to the Pritchett family.