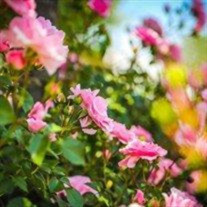 Dianne Jackson passed away on May 8, 2021 at her home in Moreland, GA. Dianne was born on April 20, 1952 in Washington, PA to Mildred and David Errett. She grew up in the small town of Hickory, PA with her parents and siblings: Donna, Dave, Richard, and Dan. In her teen years, she developed a passion for waterskiing at their lakeside home in Deep Creek, Maryland. After graduating High School, Dianne went to West Liberty College to study nursing. During that time, she had an epiphany and realized that her true calling was teaching. She was able to change majors and graduated two years, later, with a B.A. in Elementary Education. Teaching jobs were scarce in the 1970’s, so her job search took her to across the country to Hilliard, Florida, where she met and married Randy Wade in 1977. The next year, they welcomed their first child, Wendy. Two years later, the family followed close friends Guy and Elaine and moved to Newnan, GA. A few years later, they welcomed their second child, Adam in 1984. Shortly after moving to Georgia, Dianne returned to teaching and spent her 30-year career in the field, teaching in Grantville, Newnan, and McDonough schools. During this time, she taught over 800 Kindergarteners how to read, setting them up for a lifetime of learning. Helping children was always her passion, and she used to say that she got paid for “playing with the kids”. Over the years, her past students often reached-out to tell her how much she meant to them. Dianne married Huxley Jackson in 2006 and moved to McDonough, were they lived for over a decade. Dianne and Huxley retired and spent their time going to the beach and exploring the country in their motor home. In 2017, they moved back to Coweta County, settling in Moreland after the birth their first grandson. Dianne’s grandsons, Patrick and Samuel, were her dearest loves and she often remarked on how much she loved to spend time with them. Dianne was a life-long Christian, frequently teaching children’s bible school, and loved joining her church friends for bible study and worship. In the end, she was very much at peace with joining our Lord and eager for the next chapter. She is survived by her husband, Huxley Jackson; her children: John Adam Wade and Wendy White; her daughter-in-law, Mary June Wade; her son-in-law, Todd White; her grandchildren: Patrick and Samuel Wade; her brothers: Dan, Richard, and Dave Errett; and more friends than can be counted. She will always be remembered for her kind nature and great sense of humor. The memorial service celebrating Dianne’s life is Saturday, May 22, 2021 at 11:00 AM at White Oak Associate Reformed Presbyterian Church, 2796 Gordon Road, Senoia, GA 30276. The family will receive friends on Saturday from 10:00 AM until service time at the church. Condolences may be expressed to the family online at www.mckoon.com. McKoon Funeral Home & Crematory 770-253-4580

Dianne Jackson passed away on May 8, 2021 at her home in Moreland, GA. Dianne was born on April 20, 1952 in Washington, PA to Mildred and David Errett. She grew up in the small town of Hickory, PA with her parents and siblings: Donna, Dave,... View Obituary & Service Information

The family of Dianne Jackson created this Life Tributes page to make it easy to share your memories.