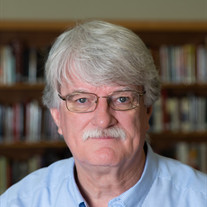 Don Welman Brown (1953-2021) of Grantville, Georgia, returned home into the loving arms of his Father in Heaven on March 9, 2021. The youngest of three children, he was born in American Fork, Utah on February 13, 1953, to Clark Kendall and Ellen Walker Brown. His early years were spent living in American Fork, where he made many dear friends and many wonderful memories. After graduating from American Fork High School, Don served a two-year mission in Spain for the Church of Jesus Christ of Latter Day Saints. Upon returning from his mission, he entered Brigham Young University and earned a degree in History. He went on to use this degree to teach history as well as Spanish at The Heritage School in Newnan, Georgia. In the words of The Heritage School, “Mr. Don Brown gained legendary status during his twenty-seven year career at The Heritage School as a GISA State Championship Basketball Coach, the Dean of the Upper School Students, a gifted Spanish educator, and a celebrated World History teacher. Many students regarded him as the most influential man and teacher they have ever known.” Don married Debora (Debbie) Ann Thomas on March 24, 1976 in the Salt Lake City LDS Temple. She was the love of his life and, by his own admission, their marriage and ensuing life together was the best choice he ever made. They brought into the world five beautiful children, who blessed their lives with boundless joy. Nothing, however, made him happier than his nine grandchildren. He loved them dearly and never missed an opportunity to ensure each knew of his love for them, especially with sleepovers and pancakes. During their married life, Don and Debbie lived in many places: Orem, Utah; Madison, Wisconsin; Las Vegas, Nevada; Southern California; Roswell, Georgia; and for the last twenty plus years in Grantville, Georgia. Everywhere they went, they touched people’s lives for good. His quick wit, kind heart, and humility helped him become a role model for all of those around him. Don was also quick to help anyone in need and always gave the best advice. Don was an active member of the Church of Jesus Christ of Latter-day Saints where he served in many capacities including Elder’s Quorum President, Sunday School President, and Young Men’s President. A gentle giant, he dedicated his life to the service of his fellow man, and his love of the gospel was contagious. Don is survived by his children: Rebecca Ferguson (Ian) of LaGrange, Georgia, Ryan Brown (Sarah) of Dothan, Alabama; Erin Janson (Jon) of Senoia, Georgia, Lindsay Kelshaw (Matt) of Carrollton, Georgia; and Jennifer Kunkler (Kevin) of Sharpsburg, Georgia. Grandchildren: Catherine and Walker Brown, Riley, Emily, and Samuel Janson, Graham and Eden Kelshaw, Cooper and Morgan Kunkler. Also, his brother Kendall Brown (Margie) of Orem, Utah and sister Mary Carter (Bruce) of Orem, Utah; mother-in-law, Bonnie Thomas of Highland, Utah, and brother-in-law: Richard Thomas (Melinda) of Phoenix, Arizona; sister-in-law Nancy Murphy (Dale) of Alpine, Utah; brother-in-law Randal Thomas (Jodee) of Rochester, Minnesota; brother-in-law Robert Thomas (Trina) of Saratoga Springs, Utah; and Sally Jensen (Mitch) of American Fork, Utah; and many cousins and nieces and nephews. Don was preceded in death by his beloved wife, Debora Ann Brown, father Clark Kendall Brown, mother Ellen Walker Brown, father-in-law Claude Ray Thomas, grandparents, and other loved ones—all who loved him dearly and were waiting on the other side to embrace him and welcome him home. The service celebrating the life Don lived is Monday, March 15, 2021 at 2:00 PM at The Church of Jesus Christ of Latter-Day Saints, 821 Old Atlanta Hwy, Newnan, GA with Bishop Matt Hutson officiating. Due to a limited number of 100 people being allowed to attend the service, those who are unable to come may view the service live through zoom, https://zoom.us/j/98906030228?pwd=K0F2dVlINjhRajZUd1JwQ3l4Und5dz09 Don will lie in state from 1:00 PM until service time on Monday at the church. The family will greet friends Sunday evening from 4:00 PM until 6:00 PM at McKoon Funeral Home, 38 Jackson Street, in Newnan. To continue his legacy, Don’s children and grandchildren will be establishing the Don W Brown Scholarship for The Heritage School and details will be forthcoming. Condolences may be expressed to the family online at www.mckoon.com. McKoon Funeral Home & Crematory 770-253-4580

Don Welman Brown (1953-2021) of Grantville, Georgia, returned home into the loving arms of his Father in Heaven on March 9, 2021. The youngest of three children, he was born in American Fork, Utah on February 13, 1953, to Clark Kendall and Ellen... View Obituary & Service Information

The family of Don Welman Brown created this Life Tributes page to make it easy to share your memories.