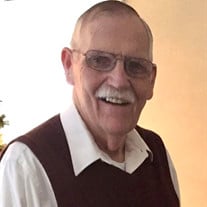 Douglas Gary Pitkin, Sr (77) of Newnan, GA passed away peacefully in his home with his loving wife Joanne, youngest daughter Alison, and dedicated CNA Debra, by his side. He was called by his Heavenly Father in the early morning of December 26,2020, after a long battle with Lewy Body Dementia. Doug was a beloved husband of 49 years and loving father of 4, including his other 3 children, Douglas Pitkin II (Courtney), Angel Owens (Jimmy), and Aimee Sears (Scott). He was dearly loved by his 8 grandchildren: Logan, Madison, Jordan, Ashton, Kaitlyn, Elena, Diego, and Ethan. Born and raised in East Hartford, CT, he and Joanne moved their growing family to Ohio in the early years of their marriage. He was the PTA President at his kids' school because he felt like it was key to take an active role in something so important. He always liked to say that the school years were the best years of one’s life. He and Joanne were also active in CFM, a Catholic families group, until they moved to North Carolina. After seeing the fruits of participating in their small church group in Ohio, they helped to start a CFM chapter at their new parish in Charlotte. After several vacations to Florida, Doug and Joanne decided to move further south. Three of their children accompanied them on their move to the Sunshine State where Doug and Joanne entered into the stage of watching their family of six grow again, by becoming in-laws and grandparents. In 2005, they followed Alison and her family to GA where they were blessed to be actively involved in the lives of their children and grandchildren. Doug had a great sense of humor and was always telling jokes and making people laugh. Even when Lewy Body Dementia began to show its symptoms, he would still jokingly say that his double vision gave him "two for the price of one." Lewy Body Dementia robbed Doug of normal day to day activities for nearly 4 years. The one thing this terrible disease never completely stole was Doug’s ability to make those around him break into laughter. As his disease progressed, Joanne decided that she didn't want him to spend the final stages of LBD in a nursing facility. She lovingly and courageously took on the role of his caregiver with the amazing help of all the wonderful people from hospice. This started with Gentiva in 2017 and continued from 2019 to the present with Sacred Journey. Joanne was thrilled to have Doug there with her as they continued to welcome their family and friends into their warm and loving home. As hard as it is for his family to say goodbye to such a special man, they take great comfort in knowing that he is now healed in God's loving hands, and he's surely making everyone in Heaven laugh with him. McKoon Funeral Home & Crematory (770) 253-4580.

Douglas Gary Pitkin, Sr (77) of Newnan, GA passed away peacefully in his home with his loving wife Joanne, youngest daughter Alison, and dedicated CNA Debra, by his side. He was called by his Heavenly Father in the early morning of December... View Obituary & Service Information

The family of Douglas G. Pitkin created this Life Tributes page to make it easy to share your memories.

Send flowers to the Pitkin family.