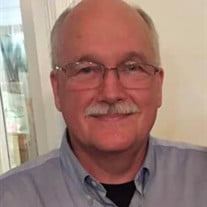 A Celebration of Life for Dr. Fred Richard (Rick) Reynolds, 70, will be held on Saturday, Nov. 6, 2021, at 2 p.m. at Legacy Church Rockaway Road, Senoia, Ga., with Silas Martinez officiating. Dr. Rick Reynolds passed away suddenly at his home on October 26, 2021. He was born May 8, 1951, in Royston, Georgia, to Eugene Jackson Reynolds and the late Violet Lee (Appling) Reynolds, and spent most of his childhood in Covington, Louisiana. Along with his mother, Rick is preceded in death by his great grandchild, Caitlyn Braswell. Rick is survived by his wife of 52 years Laura Joan (Hinton) Reynolds; two children Leah Shannon (Jonathan) Avigdori of Los Angeles and Richard Jackson Reynolds of Senoia; five grandchildren: Austin Reynolds, Chasity Reynolds, Lexi Reynolds, David Avigdori and Michael Avigdori; and three great grandchildren Caitlyn LeAnn (in Heaven), Calvin, and Liliana. Rick is also survived by his stepmother, Mae Bellew Reynolds of Gadsden, Alabama, and his parents-in-law Ray and Joan Hinton of Senoia, GA. Rick and his wife Laura have owned and operated the Veranda Historic Bed and Breakfast Inn in Senoia, Georgia, since 2004. Dr. Rick Reynolds was also an ordained minister with the Church of God and formerly owned Paraclete Counseling Services in Senoia. He previously served Clayton State University as Department Head of Developmental Studies, Guidance Counselor and Professor of Psychology. Rick will be remembered by all who knew him for his powerful testimony; for living what he preached; for the empathy he showed his fellow human beings; and his tremendous love for his family. His memory will long be renewed by stories of his never-give-up attitude, and sense of humor. Upon news of his passing, his daughter summed up the Father she knew by describing him as the "dearest, most precious father, husband, Paw-Paw, brother, uncle, son, boss, preacher-man, teacher, therapist and all-around most magnificent human... We loved him to the core." In lieu of flowers you may donate to the non profit Huntsville Community of Hope in honor of Rick Reynolds http://www.hsvcommunityofhope.org/donate. McKoon Funeral Home, 38 Jackson Street, Newnan, GA 30263, is in charge of arrangements. Condolences may be expressed to the family online at www.mckoon.com. McKoon Funeral Home & Crematory 770-253-4580

The family of Fred "Rick" Richard Reynolds created this Life Tributes page to make it easy to share your memories.

Send flowers to the Reynolds family.