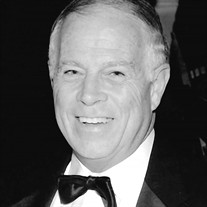 Mr. George Philip “Phil” Watkiss, beloved husband, father, grandfather, brother and friend, passed from this life into God’s eternal arms on Saturday, May 15, 2021 at Southwest Christian Care surrounded by his loving family. Mr. Watkiss was born on November 24, 1945 in Jacksonville, FL to the late Dr. George E. Watkiss and Mary Bishop Watkiss. He served our country faithfully in the United States Army and is a distinguished and decorated veteran of the Vietnam War. After his return from Vietnam, Mr. Watkiss attended Jacksonville University where he received his Bachelor’s Degree in Marketing then went on to the University of North Florida where he studied Transportation and Logistics and ultimately arriving in an Executive Program at Stanford University. Mr. Watkiss started his extensive career in airline transportation with National Airlines in sales. It wasn’t too long before a career move to took him to Texas where he became the Director of Sales and Marketing for Southwest Airlines. Another door opened for him in Atlanta with SITA, a company based out of Geneva, Switzerland, where he served as the Senior Global Account Manager for 24 years. His time with SITA led him to travel the world, his favorite office being in London. After his retirement he enjoyed more extensive travel. He and his wife, Gina enjoyed many trips on the Queen Mary “across the pond” for more site-seeing in England. Mr. Watkiss’ love for aviation extended to his family and into his retirement where he enjoyed flying radio-controlled airplanes with his sons and grandchildren. In retirement, he became a member of the Dixie Wing, Commemorative Air Force where it was quoted that “Phil was the driving force of the restoration and maintenance of the Dixie Wing T-34 aircraft.” He spent many days with the Dixie Wing working on various aircraft. He is survived by his loving wife, Gina Watkiss; his children, Eric (Lynne) Watkiss, Kevin (Aimee) Watkiss, and Geoff (Amy) Watkiss; grandchildren, Alex Watkiss, Jarrett Watkiss, Kaitlyn Denney, and Julia Watkiss; and a brother, Dale (Cathy) Watkiss. A memorial service will be held on Saturday, May 22, 2021 at 11:00 AM at St. Paul’s Episcopal Church (576 Roscoe Road, Newnan) with The Rev. Hazel Glover officiating. Interment will follow the service at Forest Lawn Memorial Park with military honors being rendered by the United States Army. Friends may visit the family on Friday evening from 6:00 PM until 8:00 PM at McKoon Funeral Home (38 Jackson Street, Newnan). In lieu of flowers, memorial contributions in memory of Mr. Watkiss may be made to Southwest Christian Care online at www.swchristiancare.org or by mail at 7225 Lester Road Union City, GA 30291. Condolences may be made to the family online at www.mckoon.com. McKoon Funeral Home & Crematory | 770-253-4580

The family of George Philip "Phil" Watkiss created this Life Tributes page to make it easy to share your memories.

Send flowers to the Watkiss family.