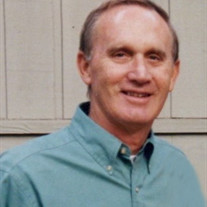 Guy Cole Arnall, 82, died on March 25, 2021 at Piedmont Newnan Hospital. Mr. Arnall was born on March 30, 1938 to Frances Cole Arnall and Hamilton Clay Arnall. He graduated from Newnan High School in 1956 where he participated in a number of sports, which was the custom in those days. He was named All-State in football and basketball and won two state tennis championships. He was a member of the Beta Club, “N” Club, and Key Club. In 1960 Mr. Arnall graduated from the University of Georgia with a BBA degree. He was a member of Kappa Alpha Order and Phi Kappa Phi, Honorary Society. He played on the UGA tennis team, coached by the iconic Dan Magill. Also, he was a Sports Editor at the Pandora Yearbook. Following a June wedding when he married Carolyn Kirby Arnall at First Baptist Church in Newnan, he served for two years as an officer in the U.S. Army at Fort Sill, OK and Fort Benning, GA. Upon his return to Newnan, he joined his father in the insurance business where he earned designations of Chartered Property Casualty Underwriter and Certified Insurance Counselor. A lifelong member of Central Baptist Church in Newnan, he counted family among the founders in 1897. Over the years Mr. Arnall served as church Treasurer, Chairman of the Board of Deacons, and Sunday School teacher in the youth department. Also Mr. Arnall served as Chairman of the Newnan Hospital Board, President of the Rotary Club, Director of Newnan Country Club, Director of C & S Bank in Newnan, President of United Fund, President of Newnan Retail Merchants Association, and Vice President of the Newnan-Coweta Chamber of Commerce. Mr. Arnall was selected for the Newnan-Coweta Sports Hall of Fame and Kappa Alpha Honor Court. He was a member of Sea Pines Country Club. Ever the Bulldog in a family of Yellow Jackets, Mr. Arnall was a member of University of Georgia President’s Club, Bulldog Letterman’s Club and served as a Director of the Terry School of Business and Vice President of UGA Alumni Society. Mr. Arnall donated a tennis scholarship to UGA so that a worthy student-athlete could have the same experience that he enjoyed in the late nineteen fifties. Mr. Arnall was founding President of Matrix Insurance Agency Inc. in Newnan. Also, he was founding President of The Heritage School, a private college preparatory school in Newnan. He served on the Board of Trustees of the school for many years and spearheaded fundraising in the early years. His sons and grandsons all graduated from The Heritage School. Though many years of Parkinson’s took its toll physically, his mind remained sharp until the end and he remained in good spirits. Of all the various capacities in which Mr. Arnall served down through the years, his greatest passions involved family, church, and work. He set a high mark for integrity, honesty, and fairness in all his dealings. Mr. Arnall is survived by his wife of 60 years, Carolyn Kirby Arnall; sons, Dr. Guy Cole Arnall, Jr. of Newnan, Wilkins Kirby Arnall (Sara) of Newnan; grandsons, Wilkins Kirby Arnall, Jr. of Tuscaloosa, AL and Newnan and Henry Hamilton Arnall of Sewanee, TN and Newnan; brother, Hamilton Clay Arnall, Jr., of Newnan and nieces and nephews. He was preceded in death by his parents Frances Cole Arnall and Hamilton Clay Arnall; sister, Dolly Arnall Holland. If you wish to make a donation in the memory of Mr. Arnall, a couple of his favorites would be the Guy Arnall Music Fund, C/O Central Baptist Church, P.O. Box 1221, Newnan, GA 30264 and the Carolyn and Guy Arnall Scholarship, C/O The Heritage School, 2093 Highway 29 North, Newnan, GA 30263. Condolences may be expressed to the family online at www.mckoon.com. The Memorial Service is 3:00 pm Sunday, August 8, 2021 at Central Baptist Church with with a reception following in the church fellowship hall. McKoon Funeral Home & Crematory 770-253-4580

Guy Cole Arnall, 82, died on March 25, 2021 at Piedmont Newnan Hospital. Mr. Arnall was born on March 30, 1938 to Frances Cole Arnall and Hamilton Clay Arnall. He graduated from Newnan High School in 1956 where he participated in a number of... View Obituary & Service Information

The family of Guy Cole Arnall created this Life Tributes page to make it easy to share your memories.

Customized sympathy cards. Mailed for you.