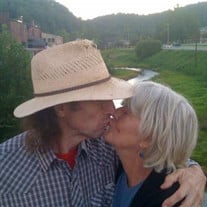 Jean O'Halloran, 70, passed away suddenly in Atlanta, GA on January 20, 2022. She is survived by her devoted husband, Ron Picker, and two children, William Lynch and Mary Inman and husband Jeff. She is also survived by one sister, Elizabeth Fraser; four grandchildren; Connor Lynch, Olivia Wine, and Maddox and Wyatt Inman; and several beloved nieces and nephews. She was preceded in death by her parents, one brother, Daniel O'Halloran, and two sisters, Mary Abigail Buxton and Laurie Gifford. Jeannie was born on July 4th, 1951 in Bethesda, Maryland to William and Ruth Renwick O'Halloran. She earned her undergraduate degree from West Virginia Wesleyan College, and after graduation worked as the Director of Community Service for many years. During her time at Wesleyan, Jeannie was an invaluable asset to the students she worked with, and thought of them as her own family. She then earned her Masters in Social Work from West Virginia University, after which she worked mainly in community-based mental health in rural West Virginia. After closing her private practice, Jeannie began a career with the VA Medical System, first in Beckley and then in Clarksburg, WV. She was an advocate for her Veterans, and a valued mentor to her co-workers. After retiring in June of 2020, she and Ron moved to Newnan, Georgia to be near her daughter Mary and her family. Jeannie was an idealist who lived by a unique code. She believed in helping everyone she could, but also expected people to help themselves. She will be remembered for her quick wit and sometimes questionable sense of humor, and also for the warmth that she spread to everyone she met. A celebration of Jeannie's life is being planned for later in the year. Condolences may be expressed to the family at www.mckoon.com McKoon Funeral Home & Crematory (770) 253-4580

Jean O'Halloran, 70, passed away suddenly in Atlanta, GA on January 20, 2022. She is survived by her devoted husband, Ron Picker, and two children, William Lynch and Mary Inman and husband Jeff. She is also survived by one sister, Elizabeth... View Obituary & Service Information

The family of Jean O'Halloran created this Life Tributes page to make it easy to share your memories.

Send flowers to the O'Halloran family.