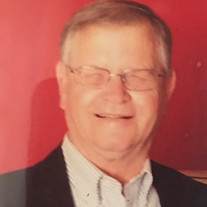 A good man has passed. Jerry Wendell Freeman, age 82, known affectionately throughout the Newnan area as Frog, passed away quietly in his sleep on September 20 at his home in Grantville, GA. Born on January 3, 1939, to parents Edna and Willie Freeman, he was one of four boys that included his identical twin brother Terry Freeman, his older brother Jimmy Freeman, and their younger brother Artis Freeman. Jerry's brothers all passed away before him. His grandparents were Olan and Lucy Lands, and Joseph and Georgia Freeman. Jerry is survived by his devoted wife of 47 years, Emma Freeman. His children are Debbie Neill of Newnan, married to Lamar Neill; Gregory Freeman of Roswell, GA; Jamie Ray of Hogansville, GA; married to Brance Ray; and Amy Armijo of Newnan. His sister-in-law is Brenda Freeman of Newnan. Brenda's daughter is Joanna Flinn, married to Gary Flinn, and they have a son, Matt Flinn. Jerry was preceded in death by his beloved niece Gina Freeman, the first daughter of Terry and Brenda Freeman. Jimmy Freeman's sons are Tim Freeman, married to Kelly Freeman, and Richie Freeman. Grandchildren are Gregory Freeman's son Nicholas and Amy Armijo's daughters Mina, Maeve, and Misae. Jerry worked for many years at the Bon-L aluminum extrusion plant alongside his twin brother Terry, sometimes covering for each other on shifts because supervisors could not tell them apart. He later worked for NCR in Peachtree City and EGO in Newnan. Well known and well loved in Newnan for his entire life, Jerry could not walk down the street without someone calling out to Frog with a welcome. Driven by a desire to see all children have the ability to participate fully in activities, Jerry devoted much of his younger years to coaching youth football. He and his brother Terry also were well known as umpires in the Industrial and Church Softball League at the Coweta Country Recreation Center, spending countless evenings and weekends on the field. A quiet but friendly and loving man, Jerry cared deeply for his wife and children. He was a friend to so many, a caring, kind, and generous father to his children, a loving husband, and a positive influence on all who knew him. Frog will be missed. Due to Covid restrictions, there will be no service. Condolences may be expressed online at www.mckoon.com. McKoon Funeral Home & Crematory 770-253-4580

A good man has passed. Jerry Wendell Freeman, age 82, known affectionately throughout the Newnan area as Frog, passed away quietly in his sleep on September 20 at his home in Grantville, GA. Born on January 3, 1939, to parents Edna and... View Obituary & Service Information

The family of Jerry Wendell Freeman created this Life Tributes page to make it easy to share your memories.

A good man has passed.

Send flowers to the Freeman family.