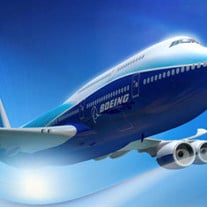 Joel F. "Chip" Fisher passed away on November 8, 2021 at the age of 82 following a short illness. In his early years, Chip moved around with his parents to several military bases while his dad was an Army Air Corps Flight Instructor. His family eventually settled in Shreveport where his dad owned "Fisher's Flying Service." Later, Chip and his dad flew seaplanes in south Louisiana which he has said was his favorite flying. He attended LSU where he studied Geology. While Chip and his wife Sue traveled in the same social circle, it wasn't until LSU where they met at a party and spent the evening talking, sparking a lifelong romance. They were married on October 20, 1962. He joined Eastern Airlines in 1963 and was there until its demise in 1991. During his tenure at Eastern, he flew a myriad of airplanes and served in various management positions such as Check Airman, DC-9 Fleet Manager and Assistant Chief Pilot. Following Eastern, he was hired by EVA Airlines in Taipei where he served as Captain on the B-747 until he reached the mandatory retirement age of 60. After his time with EVA, he enjoyed retirement for 5 years, then joined Boeing as a flight instructor and examiner on the B-747. He worked at Boeing until his final retirement at age 79. During his career, he served as Instructor and Check Airman on a myriad of airplanes. He was awarded the "Wright Brothers Master Pilot Award" by the FAA for 50 years without certificate action. Chip's love of flying extended to his personal life. He owned a 1946 Piper Super Cruiser with which he taught his son to fly, helping to "propel" his career as a pilot. He had this airplane restored and won "Reserved Grand Champion-Classic" at Oshkosh in the 1990s, among other awards. Later, he followed his lifelong dream and purchased a World War II vintage Stearman biplane with which he loved to frequent many of the local airports. He had a great sense of humor and didn't mind laughing at himself. Chip loved family very much and, along with Sue, went above and beyond to take care of his parents and Sue's mother as they aged. He was a selfless person who always put the needs of others ahead of his own. His family will miss him very much. Chip was preceded in death by his parents Joel and Jerry. He is survived by his loving wife of 59 years, Sue, his son Butch (Parichat), his daughters Jennifer and Susan and grandchildren Zach, Alix and T.J. Chip always had a special place in his heart for children. So, in lieu of flowers, Dad would love donations to be made to the Childrens, Hospital. https://give.choa.org/site/Donation2?df_id=1480&mfc_pref=T&1480.donation=form1&s_src=home The funeral service celebrating the life Chip lived is Friday, November 12, 2021, at 2:00 PM in the chapel of McKoon Funeral Home, 38 Jackson Street, in Newnan with Rev. B.J. Cobb officiating. Burial will follow the service at the Senoia City Cemetery. The family will receive friends on Friday from 1:00 PM utnil service time at the funeral home. Condolences may be expressed to the family online at www.mckoon.com. McKoon Funeral Home & Crematory 770-253-4580

Joel F. "Chip" Fisher passed away on November 8, 2021 at the age of 82 following a short illness. In his early years, Chip moved around with his parents to several military bases while his dad was an Army Air Corps Flight Instructor. His... View Obituary & Service Information

The family of Joel Francis Fisher, III created this Life Tributes page to make it easy to share your memories.

Send flowers to the Fisher family.