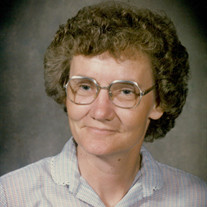 Judith Ione (Ione) Upchurch, age 77, passed away peacefully on the morning of July 11, 2021 at her home in Whitesburg, GA with her loving husband, William Clifford Upchurch, her daughter, Laura Carroll, and her niece, Priscilla Carnes by her side. Ione was born in Whitesburg, Ga October 10, 1943, the youngest daughter of Annie Ruth Carter Davenport and Charlie Davenport. She graduated from Central High School in Carrollton, Ga in 1961. She worked at Playtex in Newnan, Ga for many years before staying home to take care of her elderly parents. She later went back to work and retired from Sony Music DADC in Carrollton, Ga. She was an avid ball-player, and she played softball well into her 50's. Ione was most known for her giving spirit and her patient nature. She enjoyed watching the Atlanta Braves, fishing, and gambling. She loved unconditionally. She is survived by her husband of almost 50 years, William Clifford Upchurch, one daughter and son-in-law; Keith and Laura (Upchurch) Carroll, Carrollton, Ga. She has four beautiful grandchildren and one future grandson-in-law: Megan Bolt (25) soon to marry, Joe Mashburn, Jesse Bolt (19), Dylan Carroll (19), and Chase Carroll (12). She has one great-grandchild; Amelia (Mille) Kate Mashburn. She is also survived by her only living sibling, Joyce Talley, Eatonton, Ga., her brother-in- law, Rabun McLain, Newnan, GA, and many nieces and nephews that she loved dearly. She was preceded in death by her parents, Charlie and Ruth Davenport, three brothers: Adrian Davenport, Everett Davenport, and Delano Davenport, four sisters: Dorothy White, Ethel Carnes, Lynda Cole, and Harriett McLain, and two infant sons. The family will receive friends at the McKoon Funeral Home in Newnan, Ga on Tuesday afternoon, July 20, 2021 from 3:00 PM until 4:00 PM. Her memorial service will follow immediately after at 4:00PM with Rev. John Powers and Rev. Alvin Hunnicutt officiating. Honorary pallbearers will be Ricky McLain, Randy McLain, Jeff McLain, Tim McLain, Jamie Wilkinson, and Nick Carnes. Flowers will be accepted or in lieu of flowers donations can be made to St. Jude Children's Research Hospital or your favorite charity. Condolences may be expressed to the family online at www.mckoon.com McKoon Funeral Home & Crematory (770) 253-4580.

Judith Ione (Ione) Upchurch, age 77, passed away peacefully on the morning of July 11, 2021 at her home in Whitesburg, GA with her loving husband, William Clifford Upchurch, her daughter, Laura Carroll, and her niece, Priscilla Carnes by her... View Obituary & Service Information

The family of Judith Upchurch created this Life Tributes page to make it easy to share your memories.

Send flowers to the Upchurch family.