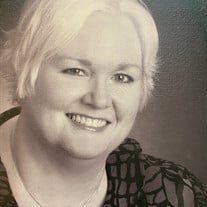 Karen Duncan Smith, age 63, passed away peacefully on January 15, 2022, after an eighteen-year-long and hard-fought battle with colon cancer. A life-long Newnan resident, Karen was born on July 18, 1958, to the late Reverend Carey Duncan and the late Betty Duncan Burks. She and her younger siblings grew up in the Welcome community. She was a member of the 1976 graduating class of Newnan High School. She went on to earn an associate degree in music from Clayton State College. Karen dedicated her life to raising her daughter, Katie, her pride and joy. Anywhere she went, her traveling buddy, Katie, was in tow. Karen held various jobs from retail to banking, but she never faltered from her true passion of piano. She spent a lifetime spreading her love of music through teaching piano to thousands of students and playing for countless weddings, funerals and revivals. Her dedication to serving Christ through church music programs never wavered. She never claimed her talent as her own, but was always quick to tell anyone that she was merely the vessel for her Lord's work. While people remember her being at the piano for every service, she also spent many hours behind the scenes in rehearsals and preparation to fulfill the music needs of the church, including practices with vocalists and other instrumentalists. Karen was a loving sister, mother, aunt, and grandmother. After the death of her mother, she assumed the role of the matriarch of the family and took her duties seriously and performed them well. As a mom, she was dedicated to all things Katie. Of all her performances, she shone brightest in her role as a mother. While Karen would never be mistaken for a rule-follower, the rule book went up in flames when she became Aunt Kane to her two nephews and, later, Apple to her three grandchildren. Whether it be driving in her lap, sharing a Dr. Pepper, or the complete disregard for any routine established by their parents, she was always up for a good time with the kids. Karen is preceded in death by her parents. She is survived by her daughter, Katie Smith Glover and her husband, Wilson Glover, and their three children, Ella Grace, age 11, Wilson and Caroline, age 9, her siblings, Kim Duncan and his wife, Cathy, Mary Ellen Corley and her husband, Billy, David Duncan and his wife, Leslie, and her nephews, Trevor Duncan and Eli Corley. Karen also leaves behind a multitude of loving and devoted friends. In lieu of flowers, the family asks that memorial contributions be made in Karen's name to the Society of St. Vincent de Paul Georgia or your local church. To honor Karen's wishes, there will be a private service for immediate family only at a later date. Condolences may be expressed online at www.mckoon.com McKoon Funeral Home & Crematory (770) 253-4580

The family of Karen Duncan Smith created this Life Tributes page to make it easy to share your memories.

Send flowers to the Smith family.