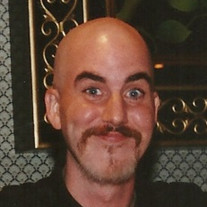 Kevin Sean McMahon, age 53, passed away peacefully on Tuesday, November 17, 2020 after struggling with progressive multiple sclerosis for over a decade. He was raised in Morrow, Georgia and graduated from Forest Park High School in 1984. As a youth, Kevin played soccer for many years in Clayton County and enjoyed spending his summers at his grandmother’s lake house in Virginia. While in high school, Kevin was on the swim team. Kevin served four years in the United States Navy and was stationed at Naval Air Station Sigonella in Sicily, Italy. While there, Kevin worked in helicopter maintenance and enjoyed traveling all over Europe with his friends and coworkers. He especially loved Barcelona and he treasured the friendships and memories he made during this time. After his honorable discharge, he worked at Jim Ellis Chevrolet and Jim Ellis Volkswagen in Atlanta. As a talented billiards player, Kevin enjoyed playing in multiple leagues in the Atlanta area and in tournaments across the country. He is survived by his mother, Lorraine McMahon of Newnan; his sister, Kelly McMahon of Fayetteville; half-siblings Mike McMahon and Pam Clements; aunts, uncles, cousins, and godchildren from Pennsylvania, North Carolina, New Jersey and the metro Atlanta area; and numerous lifelong friends who will miss him terribly. He was preceded in death by his father, Ernest McMahon. The family will receive friends on Monday, November 23, 2020 from 12:00 noon until 2:00 pm in the chapel of McKoon Funeral Home, 38 Jackson Street, in Newnan. The funeral service, officiated by Deacon Steve Beers of St. George Catholic Church, will begin at 2:00 pm followed by burial at Forest Lawn Memorial Park in Newnan. Condolences may be expressed to the family at www.mckoon.com. McKoon Funeral Home & Crematory (770) 253-4580.

Kevin Sean McMahon, age 53, passed away peacefully on Tuesday, November 17, 2020 after struggling with progressive multiple sclerosis for over a decade. He was raised in Morrow, Georgia and graduated from Forest Park High School in 1984.... View Obituary & Service Information

The family of Kevin Sean McMahon created this Life Tributes page to make it easy to share your memories.

Send flowers to the McMahon family.