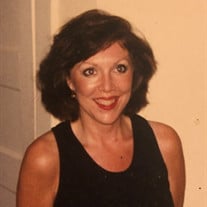 Gloria Lynn Murphree Finney (Lynn), 66, of Newnan, Ga. died Wednesday morning at her home. After graduating from Arlington School in 1972, she obtained a Bachelors Degree in psychology at Converse College, followed by her Masters Degree at the... View Obituary & Service Information

The family of Lynn Murphree Finney created this Life Tributes page to make it easy to share your memories.

Send flowers to the Finney family.