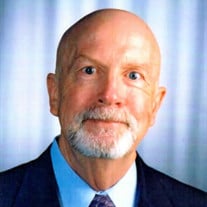 Dr. O. Eugene Tyre 1940-2021 The life of Dr. O. Eugene Tyre can best be described in the words of Psalm 37:23 "The steps of a man are established by the Lord, and He delights in his way. " The Lord delighted in Dr. Gene Tyre when he arrived in His presence on the morning of Sunday, September 26, 2021. Otis Eugene Tyre, Jr. was born in Jesup, GA on Thursday, October 10, 1940 to the late Otis Eugene Tyre and Sara Wilson Tyre. Gene grew up the small rural community of Odum in Wayne County, GA. In addition to his parents, he was preceded in death by his sister, Joy Kinsey. Gene was a fastidious student who believed in the value of education. In his teenage years, the Lord called Gene into ministry where he was ordained in January 1959 at the age of 18. After graduating from Odum High School in 1958, he enrolled and earned a Bachelor of Arts degree from the Southern Baptist affiliated school, Mercer University in Macon. Gene obtained his Master of Divinity and Doctor of Ministry from the Southern Baptist Theological Seminary in Louisville, KY. His time at Mercer University left an imprint on him and he dedicated many hours to the benefit of the school by serving as a trustee. Realizing the importance of his educational experience, he taught and encouraged many students as an adjunct professor at New Orleans Baptist Theological Seminary, Southern Baptist Theological Seminary, and at Candler School of Theology. Dr. Tyre began church ministry as a student pastor at Rodgers Baptist Church in Collins, GA and English Baptist Church in English,KY. He also served at Belmont Baptist Church in Calhoun, GA, Headland Heights Baptist Church in East Point, GA, and First Baptist Church of Cartersville. In 1972, he was called to be the Senior Pastor of Rainbow Park Baptist Church in Decatur, GA where he faithfully served for 10 years. In 1982, Dr. Tyre was called to be the Senior Pastor at the First Baptist Church of Newnan. After moving to Newnan, he and his family immersed themselves in the community and led the congregation through many years of growth and prosperity. He was incredibly humbled to be asked to serve as the Chaplain of the Newnan Cougars Football team where he was an integral part of the lives of many young men who he led to Christ. In 2005, at the age of 65, Dr. Tyre retired from First Baptist Newnan after 23 years of dedicated, faithful service. In 2004, his commitment to his community was recognized by one of the highest honors in Coweta County, being named Citizen of the Year. He later became the Senior Pastor of Providence Baptist Church in Rico, GA for several years and was currently serving as interim pastor for White Oak First Baptist Church in Newnan. After several months of retirement, Dr. Tyre felt the call to continue his ministry outside the walls of a church. He continued his ministry by working for Georgia Bone and Joint counseling with their patients. He became involved in another Christian organization, The Summit Family YMCA in Newnan. He could be found most mornings working out at the YMCA and then staying to volunteer. Dr. Tyre was the Chairman of the board and was recognized for his service by having a meeting room at the YMCA named in his honor. In 1996, he was honored to be one of the local Olympic "torch bearers." Dr. Tyre was not only committed to service in his community but also the Georgia Baptist Convention. He served as Vice-President of the Georgia Baptist Convention, Chairman of the Georgia Baptist Hospital Commission, and Chairman of the Executive Committee of the Georgia Baptist Convention. Dr. Tyre's work in the Georgia Baptist Convention was recognized when he received the James Westberry Award for service to the Georgia Baptist Convention and Mercer University. The memorial service is 4:00 p.m. Sunday, October 3, 2021, at the First Baptist Church of Newnan with Dr. Jim Ellison officiating. Rather than flowers, the family requests memorial contributions be made to Coweta Fellowship of Christian Athletes, 90 Glenda Trace, Newnan, GA 30265 or www.cowetafca.org/donate Condolences may be expressed online at www.mckoon.com Survivors include wife of 61 years, Margaret Maddox Tyre; daughter, Jenny Tyre; grandson, Mihai Tyre; siblings, Jan Jackson (Richard) of Jesup, GA, Richard Tyre (Linda) of Franklin, TN; several nieces and nephews. Acts 11:24 perfectly describes the work and ministry of Dr. Gene Tyre "for he was a good man, and full of the Holy Spirit and faith. And considerable numbers were brought to The Lord." McKoon Funeral Home & Crematory (770) 253-4580

Dr. O. Eugene Tyre 1940-2021 The life of Dr. O. Eugene Tyre can best be described in the words of Psalm 37:23 "The steps of a man are established by the Lord, and He delights in his way. " The Lord delighted in Dr. Gene Tyre when he arrived... View Obituary & Service Information

The family of Dr. O. Eugene Tyre created this Life Tributes page to make it easy to share your memories.

Send flowers to the Tyre family.