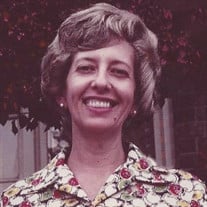 Phyllis Brewer Bennett was born May 10, 1938 at Sargent, Georgia. She passed December 8, 2020, at home, peacefully with her family at her bedside. The close-knit community of Sargent built childhood friendships that lasted her entire lifetime. No matter where she travelled, the Sargent area and those friends were always “home” to Phyllis. Friends and family were very important to Phyllis. Audie, her favorite son in law, often said she was happiest cooking a big meal with every table at her house full of people and more waiting to get in. She fiercely loved her family and friends, proving to be a force to be reckoned with; standing beside them in the valley as well as the mountain top. Phyllis was an active member of the Arnco-Sargent Women’s Club of Bibb. The annual Halloween Carnival was a delight to the local children. But the highlight of the year was their annual out of town trip full of fun and fellowship to cities like Nashville or New Orleans. Phyllis was committed to helping found the Coweta County Volunteer Fire Department. She worked on fundraisers to build Coweta County Fire Station 2 and to buy equipment. There was no 911 Dispatch center. She was one of the people who staffed the phone tree to alert others of the emergency. Phyllis was also involved with the Arnco-Sargent Elementary School PTA and the Little League. During Phyllis’ career at Bibb Manufacturing, she became the first woman to manage Quality Control for an entire plant. Phyllis continued working in the textile industry by developing from ground zero a quality control program for a North Carolina company with two plants. Phyllis’ true forte and passion was Artist Management. She discovered one of Newnan’s famous country music stars, Doug Stone. She cut three songs for Doug in a recording studio in Atlanta that secured his first record deal with Sony in Nashville. She guided his career to a Grammy nomination for his first release along with five #1 hits and ten top 10 hits. Honorary Pallbearers are Sanders Ferrell, Wayne Webb, Charles Durrough, Frank “Doodle” Guest, Keith Bledsoe, Dean Bennett Phyllis is preceded in death by her husband, Gerald Bennett, father, Leon “Sam” Brewer, mother, Earlene Jones, beloved step father, Willie Clyde “Buddy” Jones, brother, Samuel Brewer, and sister, Mary Brewer Goldberg. She is survived by son, Dennis Bennett, daughter, Denise Bennett Burks (Audie), granddaughter, Lauren Bennett Crews (Jon) great-granddaughters, Josalyn and Calla Crews, sisters-in-law Lonette Bennett and Barbara Allread of Rome, GA along with nieces and nephews. Her music family, from Tennessee, Cathy Burch, Michael David Rodgers, Doug Johnson, Sharon Allen, Martha Borchetta, along with business partner, John Dorris, and The Stan Strickland family of Tampa, FL. Special thanks to beloved caregiver, Susan Toland for her love and devotion during a difficult time. Because of COVID-19 restrictions, no visitation is planned. The family will greet friends after the committal service at the cemetery. Phyllis’ funeral will be held on Saturday, December 12, 2020 at 11:00 AM in the chapel of McKoon Funeral Home with Rev. Andy Brown officiating. Interment will follow at Oak Hill Cemetery. Condolences may be expressed at www.mckoon.com. McKoon Funeral Home & Crematory | 770-253-4580

Phyllis Brewer Bennett was born May 10, 1938 at Sargent, Georgia. She passed December 8, 2020, at home, peacefully with her family at her bedside. The close-knit community of Sargent built childhood friendships that lasted her entire lifetime.... View Obituary & Service Information

The family of Phyllis Marie Bennett created this Life Tributes page to make it easy to share your memories.

Send flowers to the Bennett family.