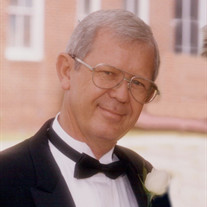 Ray Rogers began his life's story on March 4, 1941. He was born the son of the late Olin and Burlia Rogers. Early in life, Ray learned the great importance of life relationships as he was fortunate enough to be a product of the textile mill village of Arnco. These were folks with little of the world's possessions in a physical sense. Those "things" were not so important. Everyone in the village was in the same boat, but their greatest assets were the deep relationships formed from life in this unique community. Everyone looked after everyone else. Your neighbor's issues became your own to some extent, but only in a sense of being a good neighbor. Ray Rogers learned these lessons well and adopted them into his own life and in that of his family. Love came into Ray's life early. He was smitten by a young lady who lived nearby, and thus began a wonderful love story with his beloved Peggy Sue Gordon (Rogers). The loss of his wife four years ago was life changing for him. Ray was the kind of guy, that if he found something he liked, he would never see any point in changing. That applied to wives and employers and friends. He was a dedicated employee of The James River Corporation for most of his adult life. Many of the men of the community found a good job and dependable paycheck a necessity and choices in the community, at that time were scarce. After retiring from James River, Ray found antiquing (can also be read junking) to be a great way to pass the day. He was always in search of undiscovered treasure that might bring fame and fortune on The Antiques Roadshow. He followed all the yard and estate sales faithfully for the next 16 years. In quite a shift of interests, in these last few years, Ray developed an interest in raising livestock. Nothing was more important to Ray, though, as his devotion to his family, his church and his friends. Ray was, to put it simply, was a man who always wanted to do "the right thing". The center of his walk with God was in the service of his beloved Macedonia Baptist Church. He was an active and fully engaged member in all the ministries of the church. Ray will forever be remembered as a devoted son, a loyal husband, a committed father and grandfather and a steadfast friend to all. Ray left a wonderful life legacy to his children Joy Pannell and her husband Kevin, Jay Rogers and his wife Allison. He was the proud grandfather of Lauren Pannell, David Pannell, Rachel Brown (and Kyle), Adam Pannell (and Autumn), Anna Grace Rogers, and Caroline Rogers. He adored his great grandchildren Emily Kate and Lilly. Ray's life will be remembered in a graveside service to be held at 11:00 a.m. Wednesday, September 15, 2021 at Oak Hill Cemetery. His family will receive friends Tuesday evening between 6:00-8:00 p.m. at McKoon Funeral Home. Condolences may be expressed online at www.mckoon.com McKoon Funeral Home & Crematory (770) 253-4580

Ray Rogers began his life's story on March 4, 1941. He was born the son of the late Olin and Burlia Rogers. Early in life, Ray learned the great importance of life relationships as he was fortunate enough to be a product of the textile mill... View Obituary & Service Information

The family of Ray Malone Rogers created this Life Tributes page to make it easy to share your memories.

Send flowers to the Rogers family.