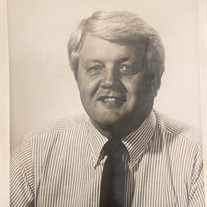 Richard Charles Kagarise, age 78, Passed away peacefully on Sunday, December 19,2021 in Newnan, Georgia. He was born on June 4, 1943, in Huntingdon, Pennsylvania to the late Glenn Boyd Kagarise and Harriet Grace Kagarise. Along with his parents, Richard is preceded in death by his brothers, Arthur Kagarise and Gerald Kagarise. He is survived by his wife of 54 years, Madeline Sue (Coder) Kagarise, whom he married on June 3, 1967, in Manhattan Beach, California. His daughters, Libby Sparks and her husband Michael Sparks of Newnan, Georgia, and Emily Battaglia and her husband Marc Battaglia of Peachtree City, Georgia. He is also survived by his five Granddaughters, Elizabeth Battaglia, Emma Battaglia, Madeline Sparks, Molly Sparks and Grace Sparks. Also, cousin, Kay Lynn Lane of Cary, North Carolina, Brother-in-law, Paul Coder of Wellfleet, Nebraska, Sister-in-law, Cathy Coder of Lincoln, Nebraska and many nieces and nephews. Richard graduated from Huntingdon High School in Huntingdon, Pennsylvania in 1961. He served in the United States Marine Corps Reserve from 1965-1971. Richard joined Delta Airlines on May 2, 1964, in Los Angeles, California. He enjoyed a 36-year long career with Delta that took him from Los Angeles, California to Las Vegas, Nevada to Atlanta, Georgia where he retired on July 1,2000 as a Flight Control Sector Manager. A service celebrating the life that Richard lived is Sunday, December 26, 2021, at 4:00pm in the Chapel of McKoon Funeral Home, 38 Jackson Street, Newnan, Georgia. His ashes will be spread, at a later date, in the Gulf of Mexico. Condolences can be expressed to the family online at www.mckoon.com.

Richard Charles Kagarise, age 78, Passed away peacefully on Sunday, December 19,2021 in Newnan, Georgia. He was born on June 4, 1943, in Huntingdon, Pennsylvania to the late Glenn Boyd Kagarise and Harriet Grace Kagarise. Along with his parents,... View Obituary & Service Information

The family of Richard Charles Kagarise created this Life Tributes page to make it easy to share your memories.

Send flowers to the Kagarise family.