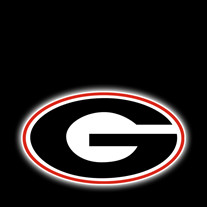 Robert Orrin Brandes, Jr., of Senoia, was born in Atlanta on January 20, 1949 to Robert O. Brandes and Laura Jean Beacham Brandes, (Bee). Bobby was educated in Atlanta Public Schools, graduating from Therrell High School in 1967. He graduated from the University of Georgia in 1972. He is a member of the Pi Kappa Alpha fraternity. He served in the United States Marine Corps Reserve. Bobby served the Fulton County Board of Commissioners as Personnel Director, retiring after 35 years in 2008. Bobby is predeceased by his parents and his sister, Carolyn Brandes Brumit Wilson. He is survived by his wife of almost 49 years, Juliann Barron Brandes, whom he met at Therrell in 1965, having begun their relationship in Athens, Georgia`or, as he called Athens, God's country. He is survived by his son, Robert O. Brandes, III and Casey Hall of Brookhaven, Georgia, his daughter, Melissa Kyle Brandes of Newnan, Georgia and his dog, Pearl of Senoia, Georgia and Salem, Alabama, He is also survived by his younger sister, Laura Brandes Rexrode and Tim Rexrode of Chapin, South Carolina, his sister-in-law, Tamara Winslett Barron of Harlem, Georgia. Bobby's nephews and nieces are Mark and Paige Brumit and Reeve of Decatur, Illinois, Beth Brumit Durgee, of Gainesville, Florida and her son, CJ Santiago and Austin and Emily Grace Rexrode of South Carolina, Matthew Barron of Harlem, Georgia and Elizabeth Barron Sumerlin and Jeremy Sumerlin and Luke of Grovetown, Georgia. Bobby Brandes was the epitome of a true Southern gentleman. He was the gentlest of gentle men. He was the kindest of kind. His wry humor and irreverent wit is neither paralleled, nor surpassed. Bobby loved fiercely and completely. He was the fun in funny. He lit up a room and his laugh will echo in the minds and hearts of all who knew and loved him. Bobby was a genuinely happy man. Visitation will be Monday, June 28, 2021 from 6:00 to 8:00 p.m. at McKoon Funeral Home in Newnan, Georgia. His memorial service will be Tuesday, June 29, 2021 at 11:00 a.m. at Sharpsburg Baptist Church in Sharpsburg, Georgia. In lieu of flowers, contributions may be made to Southwest Christian Care, 7225 Lester Road, Union City, Georgia 30291. Condolences may be expressed to the family online at www.mckoon.com. Go, Dawgs! McKoon Funeral Home & Crematory 770-253-4580

The family of Robert Orrin Brandes, Jr. created this Life Tributes page to make it easy to share your memories.

Robert Orrin Brandes, Jr., of Senoia, was born in Atlanta on...

Send flowers to the Brandes family.