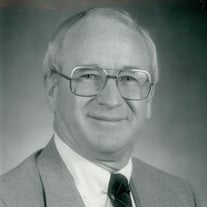 Robert "Bob" Daniel Brown, Jr., 84, of Newnan, passed away Saturday, January 29th, 2022, at home surrounded by his wife and sons. He was born November 4th, 1937 in Newnan, Georgia to the late Robert and Alma Ruth Martin Brown. Bob graduated from Newnan High School in 1955, and briefly attended Georgia Institute of Technology in Atlanta, where he was a member of the Kappa Alpha Order and the gymnastics team. During his time at Georgia Tech he also worked for the Corps of Engineers. Later he served in the U.S. Army Reserve and National Guard before pursuing an opportunity to start a gold mine in South America. This took him to Colombia to work as a gold prospector in the town of Chigorodó, located about 175 miles northwest of Medellín. He returned to the U.S. due to difficulties securing funding for the mine and found work with Georgia Power. Later, he became the manager of The Round Table, one of the first fine dining restaurants in Atlanta, for his father-in-law. Other employment included owning and running a Gulf service station in Newnan, owning an HVAC installation company, insurance sales, Assistant VP of Farmers and Merchants Bank of Senoia, and branch manager of the Newnan Savings Bank in Peachtree City. In the spring of 1966, Bob met the love of his life. Vesta Ann Hicks had recently moved to Atlanta from Charlotte, North Carolina when she met Bob one evening at the encouragement of Nat Hubbard, Bob's lifelong friend. After talking on the phone for several weeks, they went on their first date-a solo flight from Atlanta to Newnan to meet Bob's parents and sister. Vesta didn't know it was one of Bob's first solo flights after earning his pilot's license, but she lived to tell the tale. They married within a year on October 1, 1966 and had two sons together, Robert Daniel Brown III (1967) and James Matthew Brown (1970). The boys spent their early years in Smyrna, Georgia before Bob built a family house in Newnan on his father's lake. In 1977, the unnamed country road by the newly finished property became Brown Place, and Bob lived there for the rest of his life with his wife, where he enjoyed fishing, woodworking, raising livestock, growing vegetables, fighting off beavers, and taking in stray cats with imaginative names for many years. After moving back to Newnan, the Browns became members at Newnan Church of Christ, where Bob made many lifelong friends. Bob loved God, and he might have shown this best by loving people-so much so that friends often joked he "collected people." His wife warned him not to make eye contact with strangers lest they find their way into the will, but Bob still managed to make friends and touch lives wherever he went, which was far and wide. One of favorite community involvements included his participation in the Optimist International club, a fitting association for his own personal optimism and desire to serve his community. Throughout their marriage of over 55 years, Bob and Vesta went on many adventures, taking them to Scotland, Switzerland, and several U.S. states, like Alaska, Colorado, the Carolinas, and Florida, where he traveled frequently to visit his late sister Peggy, her husband Dwight, and his beloved nieces and nephews, who called him Uncle Bobby. The Carolinas were the home of his wife's family, and they often visited her sister Donna and husband Donny, both who Bob dearly loved, in South Carolina. Machu Picchu topped his bucket list for years, and in 2015 at the age of 78, he and Vesta finally had the chance to visit Peru to see the Incan mountaintop ruins. While travels didn't always go according to plan (a favorite story among family and friends involves a hot air balloon crash in Colorado), Bob and Vesta always made the most of every opportunity to make new friends, experience foreign cultures, and appreciate the beauty of this world. Bob retired from Metropolitan Insurance Company in 1999, starting what would soon become his favorite job shortly thereafter: the number-one gofer at RDJE, Inc., the construction company founded by his cousin, Ronnie D. Jones. This job required traveling all over the state and meeting new people-two of Bob's favorite activities. As a job perk, he also got to wear steel-toed boots and drive a Ford F-250. Bob Brown is preceded in death by his mother and father, his sister Peggy Elaine Brown Keene, and his two dear brothers-in-law. He is survived by his wife of nearly 56 years Vesta; sons Robert Daniel Brown III (Janice) and James Matthew "Matt" Brown; grandchildren Forrest Daniel (Jacqueline), Connor Andrew (Emily), and Madeleine Claire Brown; a beloved sister-in-law, and a host of dearly loved cousins, nieces, and nephews. The family will receive family and friends on Saturday, February 5, 2022 from 1-3 pm at the Newnan Church of Christ located at 2675 GA-34, Newnan, GA 30265. A celebration of life service will follow immediately at the same location from 3-4 pm. In lieu of flowers, the family requests that contributions be made to Georgia Agape. (https://www.georgiaagape.org/) Finally, out of respect for the lives and health of attendees, the family requests that all attendees wear a mask while in the church building. Robert Daniel Brown, Jr., 1937-2022. He enjoyed the dash. Online condolences may be expressed at www.mckoon.com McKoon Funeral Home and Crematory 770-253-4580

The family of Robert Daniel Brown, Jr. created this Life Tributes page to make it easy to share your memories.