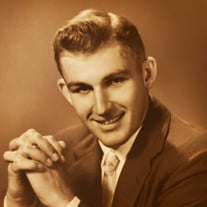 With heavy hearts we are announcing that Mr. Robert Carlton “Bob” Crooms, Jr. , age 85, of Williston, Florida passed away September 22, 2020 at Piedmont Fayette Hospital. He had been residing with his daughter Staci and her family in Sharpsburg, Georgia for the past six months. Mr. Crooms, or “Coach” as he was affectionately called by family and friends, was born on December 15, 1934 in Eatonton, Georgia to the late Robert C. Crooms Sr. and the late Mary Elizabeth (Holloway) Crooms. He graduated from Putnam County High School in 1953 where he participated in all sports and was a friend to many, one describing him as a rock and someone who always had your back. He graduated from the University of Georgia in 1957, where he played football briefly under Coach Wally Butts before an injury ended his college football career. To say that he was a University of Georgia football fan is an understatement, he truly loved his Dawgs – Go Dawgs! He was drafted and served a short stint in the US Army during the Vietnam War. He served as a lieutenant in charge of an artillery unit. He was a beloved teacher, coach, administrator, mentor and friend to many, having coached at multiple high schools including in Montgomery County, Georgia; Old Anthony High School in Marion County, Florida; Dunnellon, Florida; Inverness, Florida; LaBelle, Florida and Williston, Florida. He was married to his beloved Josie for 49 years before she succumbed to cancer in November of 2011. They raised four children together. He could be a man of few words or he could enjoy telling a story from his past. He was indeed a great storyteller. He had a dry sense of humor, was an avid reader, loved his family and loved to travel, especially to destinations where he could enjoy a wonderful southern meal. In his active years a hike through the woods always called his name. The last one being the 6.6 mile Maryland Heights Loop Trail in West Virginia at age 75. He was a strict disciplinarian who received respect, however he could be as soft as a teddy bear, being very sentimental. A very generous, kind hearted soul. Along with his parents, he is preceded in death by his beautiful wife Josie B. Crooms, his youngest son, a warrior, Christopher “Jay” Crooms. He is survived by his children, Tina Maze (Randy), Staci (Brent) Pautler, and Bobby Crooms (Brandy); a daughter in law, Melinda Crooms; grandchildren, Meghan (Shannon) Guenther, Lauren (Peter) Heusner, Danielle (Ashley) Monsrud, Nick (Tarah) Pautler, Ryan Pautler, Kaitlyn Crooms, R.C. (Bailey) Crooms, Mackenzie Crooms, Trentin Crooms, Chandlor Crooms, and Madison (William) Castaneda; and great grandchildren, Tanner, Hudson, Emmi, Maddox, and Lilly. Coach was very loved and will be missed by many. A visitation will be held at McKoon Funeral Home (38 Jackson Street Newnan, GA) on Wednesday, September 30, 2020 from 5:00 pm until 7:00 pm. A memorial service and celebration of life will follow on Sunday October 4th at 3pm at First United Methodist Church in Williston, Florida. The memorial service will be livestreamed on the Facebook page of the First United Methodist Church of Williston. For those who wish to show your expressions of sympathy, donations may be sent directly to the family of the late Christopher “Jay” Crooms to assist his only child, Madison, with educational expenses for nursing school. She was instrumental in the care giving needs of her father during his battle with cancer. Condolences may be sent to the family online at www.mckoon.com. McKoon Funeral Home & Crematory (770) 253-4580

With heavy hearts we are announcing that Mr. Robert Carlton &#8220;Bob&#8221; Crooms, Jr. , age 85, of Williston, Florida passed away September 22, 2020 at Piedmont Fayette Hospital. He had been residing with his daughter Staci and her family... View Obituary & Service Information

The family of Robert Carlton Crooms, Jr. created this Life Tributes page to make it easy to share your memories.

With heavy hearts we are announcing that Mr. Robert Carlton “Bob”...