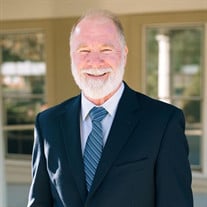 Terry Wayne Viverette, age 72, of Bremen, AL passed away Saturday, June 5, 2021 at UAB Hospital in Birmingham, AL. Terry was born on August 11, 1948 in Meridian, MS to Margie Frances Hamilton and Franklin Palmer Viverette, whom he both tormented and delighted with his antics along with his brother, William Michael Viverette. The family moved to Georgia in 1954, where they first lived in College Park and later moved to Forest Park where Terry attended Forest Park High School, graduating with class of 1966. After high school, Terry worked for Southern Bell (now AT&T). In 1967 Terry joined the Air Force, where he became Sergeant E4 Terry was stationed in Kansas where his job was to man Titan II Missiles during the Vietnam war. After military service, he returned to the Forest Park area and rejoined AT&T where he retired after 45 years of service. Terry moved to Newnan, GA in 1986 built a home and occupied himself with the numerous hobbies and projects that he enjoying planning and completing. All the while raising His two children, Michael and Nikki. Terry married Glenda on January 24, 2004 and they resided in Sharpsburg, GA for 14 years and then moved to Crane Hill, AL to live on the lake, in April of this year they bought their home in Bremen, AL. They were married 18 years. Terry is survived by Glenda Ann Viverette (Bremen, AL); his children: Michael Viverette and Evea Viverette (Grantville, GA), Nikki Viverette Black and James Black (Nashville, TN), and Brandon and Jessica Bittle (Hayden, AL); his grandchildren Koby Viverette, Elizabeth Taylor, Tatum Bittle, Jackson Viverette, and Luke Bittle; his brother, William Viverette (Conroe, TX); and his cat, Gabby Viverette. Terry enjoyed hunting, fishing, bird-watching, his family, friends and his many other interests. He was always working on a project, whether at home in his shop or in the yard or helping a neighbor or friend. Terry was an incredibly capable man with strong opinions and convictions, and with a heart as big and tender as anyone his family knew. He loved his family and friends deeply, to be matched only by his family and friends' love for him. Terry's service will be Friday, June 11 at 2:00 pm ET at McKoon Funeral Home, 38 Jackson St, Newnan, GA 30263. Visitation will precede the service and begin at 1:00 pm ET. The family welcomes all expressions of love for Terry, including cards, flowers, or an honorary donation. If you choose to donate, you can send an honorary donation to one of Terry's favorite charities: St. Jude Children's Research Hospital. To donate, go to https://www.stjude.org/give/memorials-and-dedications/donation-in-honor-of-someone.html. would like to know Condolences may be expressed online at http://www.mckoon.com McKoon Funeral Home & Crematory (770) 253-4580

The family of Terry Wayne Viverette created this Life Tributes page to make it easy to share your memories.

Send flowers to the Viverette family.