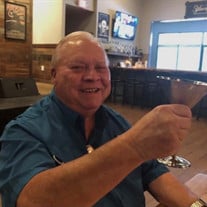 Thomas Albert Klebosky Sr. Beloved husband, father, grandfather, uncle, and friend was born June 23, 1943 and passed into eternity December 12, 2020, at Brightmoor Hospice. Thomas was married to the love of his life, Suzanne Melton Klebosky for 55 years. Together they have six children and fourteen grandchildren. Thomas grew up in Chicago, Illinois. He and his wife moved to Tinley Park, Illinois in 1978 where they grew and raised their family until his job moved the family to Fayetteville, Georgia in 1991. Just before retirement, he and his wife moved to Newnan, Georgia in 2007. Thomas was a career Army man. He served for 28 years in the Army Reserves and then continued his career as a civilian for the Department of Army. He retired in 2007 with 44 years of service to our nation. Thomas was preceded in death by Jon Klebosky, his youngest son, on June 9, 2020. Surviving children are Thomas Jr. and Laura Klebosky of Scottsdale, AZ, Brian and Melissa Klebosky of Lincolnshire, IL, Sheryl and Nelson Davis of Lancaster, CA, Elizabeth and James Lyle of Sharpsburg, GA, Matt and Laurie Klebosky of Sugar Hill, GA, and Nicole Fugiel of Franklin Park , IL. Grandchildren who will cherish his memory: Michael, David, Kate, and Jessica Klebosky. Jack and Ellie Klebosky. Nathan and Carson Davis. Hannah, Sara, Lindsay, and Aidan Lyle. Belle Klebosky and Emma Klebosky. Thomas is also survived by one brother, Jack and Jan Petty, two brothers-in-law: James and Sandy Melton, and Raymond Melton. Thomas was predeceased by his parents Albert and Mae Klebosky and his brothers Bill and Frank Petty. Thomas was an uncle to a host of nieces and nephews. He loved his family with all his heart. He leaves many friends who have become family, cousins that were also friends, and coworker’s whose friendships he cherished. A memorial mass will be celebrated at St. Mary Magdalene Catholic Church on December 30, 2020 at 11 AM. 3 Village Road, Newnan GA 30265 His ashes will be interred at Georgia National Cemetery in Canton GA at a later date with full military honors. In lieu of flowers, donations can be made to a fund set up to help Mr. Klebosky’s youngest granddaughter, Emma Grace Klebosky, who lost her father Jon when she was two months old. To make a donation to The Emma Grace Klebosky Fund at Wells Fargo, please email Laura Klebosky at [email protected] Donations can also be made through any Wells Fargo Bank Branch Condolences may be expressed to the family online at www.mckoon.com. McKoon Funeral Home & Crematory 770-253-4580

The family of Thomas Albert Klebosky created this Life Tributes page to make it easy to share your memories.

Send flowers to the Klebosky family.