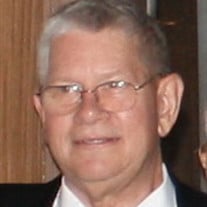 It is with great sorrow that we announce the passing of Timothy Michael “Tim” Bastyr on September 24, 2020. Tim finally succumbed to his several aliments related to Agent Orange exposure in Vietnam. Tim was 75 years of age and resided in Newnan, GA, with Sara, his wife of 51 years. Tim was born in Los Angeles in June, 1945, and moved to Smokerise, NJ, with his parents, Tom and Joyce Bastyr. He attended Butler High School in Butler, NJ. In 1963 Tim enlisted in the United States Marine Corps, graduated from MCRD Parris Island and then went to the Naval Air Technical Training Center near Memphis, TN, where he was trained in aviation electronics. Tim initially served with HMM-262 and later deployed with HMM-265 to Vietnam where he served honorably as a crew chief on CH-46 Sea Knight helicopters. While deployed Tim was decorated several times, including two Purple Hearts, Bronze Star with “Combat V” device, five Air Medals, and a Navy Marine Corps Commendation medal. After the end of his service with the Marine Corps he earned a degree in Electronic Engineering from Milwaukee School of Engineering in Milwaukee, WI. Tim worked for Johnson Controls for over 30 years, living in in various parts of the country primarily managing the construction of nuclear energy facilities. He was proud of his status as a Professional Engineer (PE) licensed in several states. On March 1, 1969, he married Sara Delano in Smoke Rise, NJ. Tim and Sara spent over 51 years together. In August, 1973, they had one son, Thomas Bastyr, who also resides in the Newnan, GA. Tim had a passion for shooting sports and was a co-founder of the Social Shooting Club located in Georgia. Sporting clay shooting was his favorite sport. Tim will be sadly missed by his family, many friends, and brother Marines. The family asks in lieu of flowers that donations be made to the National Museum of the Marine Corps in Quantico, VA. Condolences may be sent to the family online at www.mckoon.com. McKoon Funeral Home & Crematory | 770-253-4580

It is with great sorrow that we announce the passing of Timothy Michael &#8220;Tim&#8221; Bastyr on September 24, 2020. Tim finally succumbed to his several aliments related to Agent Orange exposure in Vietnam. Tim was 75 years of age and resided... View Obituary & Service Information

The family of Timothy Michael Bastyr created this Life Tributes page to make it easy to share your memories.

It is with great sorrow that we announce the passing of Timothy...

Send flowers to the Bastyr family.