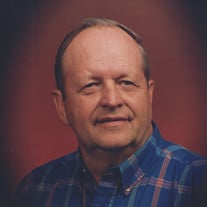 William Loyd Odom was ushered into the arms of Jesus on February 4, 2021. He was born on March 3, 1936 in Turin, Georgia. He was the 5th born child to Loyd and Florence Odom. Growing up in Turin, William farmed with his parents and 7 brothers and sisters. As a young boy, he started a paper route for the Atlanta Journal Constitution and delivered newspapers on bicycle to the Turin and Sharpsburg community. He also worked at Odom Grocery – a family owned business that remained open for over 50 years. During high school, William played baseball and basketball. One of his proudest accomplishments was setting a tournament record of 34 points. William graduated from East Coweta High School in 1956. Perhaps the most impactful moment during high school was meeting the love of his life in a cow pasture where he played baseball. William married his wife of 58 years, Shirley Crawford Odom, on November 26, 1960. After working at Edward Warren Tire Company in Atlanta, William moved to Kansas City, Missouri. Together with his brother, Frank P. Odom, and brother-in-law, Arthur W. Hudson, they established Hudson and Odom Tire Company, which specialized in retreading large earth mover tires. William acted as the Vice President of production for the company. In the early 1970’s, Hudson and Odom opened a second retreading location in Fullerton, California. They later opened Pacific Rubber in Irvine, California. This made Hudson and Odom Tire Company the largest retreading plant of earth mover tires in the United States that produced their own rubber. They sold the company in 1980 and William continued working as a consultant for the new owners until he retired in 1981. He then moved his family back to his birthplace in Turin, Georgia where he built their forever home on family land. During their time in Missouri, William and Shirley began their family. Their daughter, Kelly, was born in 1965 and second daughter, Kim, was born in 1967. Throughout their childhood he encouraged them to participate in sports, supported all of their extracurricular activities, and instilled in them a strong work ethic. His retirement back in Turin allowed him to rediscover many childhood experiences, such as farming, raising cattle, and caring for the community. He volunteered for the Coweta County Sheriff’s Department from the mid-late 80s until 1990. He also served 11 years as a commissioner for the Coweta County board of zoning appeals. William was one of the founding members of the Turin Antique Tractor Association formed in 1994. As the one responsible for the event concessions, he shared his love of cooking with the community. The Annual Turin Antique Tractor Show and Pull is still held in August every year, and his family continues to carry out his responsibilities running the concessions. He played an intricate role in raising his 5 grandchildren, Brittany, James, Lisa, Lynn, and Logan, and cared for each of them with the same love and support he showed to his daughters. He was preceded in death by his wife, Shirley Crawford Odom, parents Loyd and Florence Odom, brother Harry Odom (Katie), sister Jeannette Odom Harris (Judson), brother Frank Odom, brothers-in-law Douglas Crawford, Horace Privett, and Arthur Weston Hudson, and sister-in-law Becky Burnette Odom. William is survived by his daughters, Kelly Bomba (Ed) and Kim Stephens (Pat), grandchildren, Brittany Bomba, James Bomba, Lisa Degler (Clay), Lynn Julian (Caleb), Logan Stephens, brothers, Dan Odom and Roy Odom (Trouba), sisters, Josephine Odom Hudson and Nancy Odom Christopher (Billy) and many nieces, nephews, great nieces, and great nephews. The family would like to express their sincere appreciation for Sylvia Sanchez, who cared for William and Shirley as her own family. In lieu of flowers, donations can be made to Turin Baptist Church (PO Box 99, Turin, Georgia 30289) or the Turin Antique Tractor Association (PO Box 28 Turin, Georgia 30289). A graveside service will be held on Sunday, February 7, 2021 at 4:00 PM at Turin Memorial Gardens. Visitation will be held prior to the service at McKoon Funeral Home from 1:30 PM until 3:00 PM. Condolences may be sent to the family online at www.mckoon.com. McKoon Funeral Home & Crematory | 770-253-4580

William Loyd Odom was ushered into the arms of Jesus on February 4, 2021. He was born on March 3, 1936 in Turin, Georgia. He was the 5th born child to Loyd and Florence Odom. Growing up in Turin, William farmed with his parents and 7 brothers... View Obituary & Service Information

The family of William Loyd Odom created this Life Tributes page to make it easy to share your memories.

William Loyd Odom was ushered into the arms of Jesus on February...

Send flowers to the Odom family.